Now I'm going to use it by wireless LAN connection by setting Fedora 9 as OS.
Although WLAN connection at Linux had a slightly high hurdle for me, I think, it was a good experience for the gymnastics of my brain.

The note PC currently I used mainly was operated under Windows 98SE OS. Since there were few memories which can be mounted (max 320MB), I wished to change it someday.

Last year, net-book computer 'Prime Note Cartina UM' with 8.9 type liquid crystal display was exactly released for 34,800 yen to the mail order site of Dospara, I decided to purchase it.

Please refer to the site of Dospara , or the next review site, etc. if you want to know what kind of the product it is.

- The review about Prime Note Cartina UM by Satlab

In my home, we use several sets of PCs connected by wireless LAN. Then, I decided to connect this 'Cartina UM' also by wireless LAN. Although it was easy when running, many things at the beginning were tried and it did not go very well.

There were two problems. One should say that OS is Linux. Another was that the ON/OFF method of the wireless LAN equipment as hardware was not indicated anywhere in the attached document.

Therefore, although many things will be tried, it became quite good study (gymnastics of my brain).

Originally attached first was an OS called fOS by FOXCONN, Taiwan. However, there is no description about the equipment of wireless LAN, operation, and a setup in the attached document. Although the driver for Windows was contained in the attached DVD-ROM disk, there is nothing for Linux.

According to the research result by the Internet, it becomes clear first that the chip set is of Realtek, and driver software can be obtained.

Then, I carried out the usual installation, and if a WLAN-related configuration file is added, it should run. But the WLAN did not work.

After further investigation, I found that the switch of ON/OFF of wireless LAN was [Fn]+ [F2]. (Since this was not indicated anywhere, before discovering, it will have required time.)

When it rebooted and the switch was turned ON, Cartina UM has accessed the Internet via wireless LAN at last.

I think that fOS, which contains general application softwares, can be used satisfactory every time, except the one point that a Japanese input cannot be performed.

Although I tried many things after that, a Japanese input was not worked in fOS after all. So, I decided to switch OS to another Linux, and choosed Fedora Core 9.

After having started from the external USB optical disk drive (used TEAC Portable USB CD-RW/DVD-ROM Unit purchased for 1,980 yen), installing and updating Fedora Core 9 to the hard disk and adding some software, 'Cartina UM' was connectable with the Internet via wireless LAN as well as the case of fOS.

In fact, although the means of ndiswrapper was also considered, it is not progressing any more, because it was connectable with wireless LAN by the above-mentioned method about Fedora Core 9, .

Once, although ndiswrapper was also tried, it becomes an error and was improper here indicated that there is no libstdc++5.so.0.

Seemingly, the version of a system is different in fOS somehow.

I will leave it as a subject which should be solved in the future.

One of the understanding; Somehow, seemingly, the wireless LAN driver must be re-installed in whenever a kernel is updated.
(Enter in the 'make' directory, and then type 'make uninstall'
and 'make install' to re-install.)

In order to take the WLAN setting procedure using WEP introduced in the attached document, the MAC address of your PC (child's equipment) should be registered in the WLAN access point (parent's equipment) prior to use WLAN. 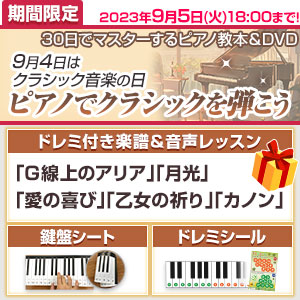